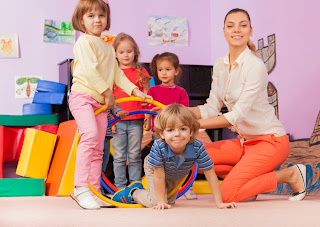 Learning how to read with understanding can be pretty overwhelming for small kids.This is a relatively complex cognitive process for them. Before your students begin to read a printed page, they should learn to listen and understand how every spoken word is made up of individual sounds. This is an essential early step, which helps them later to develop effective reading skill. Phonemic awareness becomes relevant in this context.

What is phonemic awareness?

Phonemic awareness is the ability to listen and understand what sounds go together to make a spoken word. This ability is necessary to read and understand a written word in an alphabetic writing system as a combination of letters that stand for spoken sounds.

A child’s capability to listen carefully plays an important role in acquiring phonemic awareness. Teachers in general skip this component of instruction: most of them presume their students are capable of listening. However, the fact of the matter is that many kids are playful and are not good listeners; they do require proper training in listening.

The game of listening

A great phonemic awareness activity that you can do with your children is to make them concentrate on noises. Once lunch is over and you’ve brought your kids back to the class, let them lie down quietly.

This is the best time to relax and to listen for external noises. Ask your kids to remain perfectly quiet, and become ‘sound spotters’ for a while. School environs are full of different kinds of noise. Ask each kid later to describe the noises heard. Each answer will depend entirely on listening ability.

This is a simple, yet effective game. Ask all the kids to sit in a circle. One child lies down at the center of the circle, covering eyes with hands. Another kid takes position in a corner of the classroom and makes the ‘moo … moo’ sound of a cow.

The child lying down is asked to listen to the sound, and point the direction from where the sound comes. The kid now takes position in another corner of the room and makes a different animal sound. Yet another kid, lying down with eyes covered, points to the direction of the sound. This is a great game as it gives children training in listening intently for sounds.

Rhymes are words with similar sounds usually at the end of words. Use of rhymes is another effective tool that promotes phonemic awareness. Using this technique with word play helps children understand that sounds (within a language) have meaningful patterns.

Remember, rhyming is a foundational skill that leads to recognition of sound patterns in print. One of the best ways to familiarize the kids with rhyming is by reading out to them interesting rhyming books, songs and poems.

Put into a jar, pictures of common objects, which can be used to form simple rhymes; make sure there are enough pictures for every kid to take turns. Make the kids stand in a circle. Choose a picture from the jar, for example, that of a hat. Say aloud to the class, “In my jar, there’s a hat”. Repeat it a couple of times.

Now, ask a kid strong in rhyming to say another word that rhymes with ‘hat’. Help the child come up with a similar structure “In my jar, there’s a cat”. Once the child has given a correct rhyming word, pass on to her/him the jar. Now the child has to select a second picture and continue the game with yet another child. Every child takes turn in a similar way to play the rhyming game.

It is important for kids to observe and understand how words are composed of smaller segments called syllables; these segments of sounds combine together to make meaningful words.

The objective is to familiarize the kids with individual consonants/vowels that make up syllables. But children should first work on the idea of ‘parts of words’. It is best to begin with bigger portions of words, and eventually progress towards the discrete smaller units of sounds.

As an early childhood teacher, you should construct imaginative contexts for the kids to acquire phonemic awareness in fun and exciting ways! There is no need to stick to traditional monotonous lessons. All you have to do is to create games that will ensure fun and active interest in every class.
Posted by California College of Early Childhood Education at 20:59 No comments: